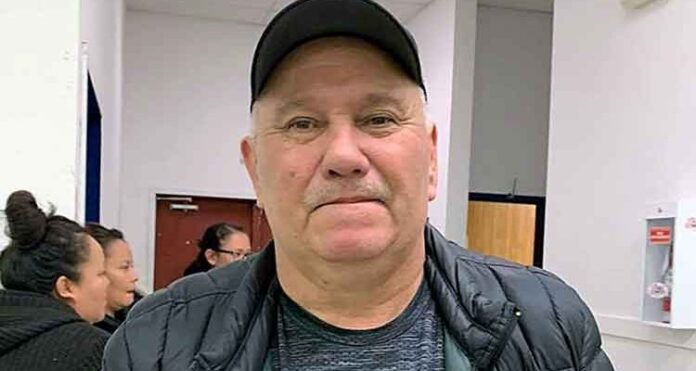 As far as they’re concerned, the Bernard family has made history.

“I believe this is the first time in history this may have happened,” Bernard told Northern Pride. “If it’s not, it’s still a fairly unique thing to have happen.”

In terms of his victory at the polls, Bernard said he is happy, grateful and humble to have the support of his community. The recent band election was his first and only attempt to embark on a career in politics.

“I worked for the provincial government for 30 years and thought, well, maybe I can go back to my home community and help make a difference,” Bernard added. “I believe the people of English River wanted and needed a change. I think that’s the biggest reason I was successful.”

While Bernard doesn’t currently live on the reserve, he said, like any other job, English River will now be his home at least during the work week while he does his part to fulfil his new-found responsibilities.

“My goal is to treat everybody equally, to work for the betterment of the community,” he said. “I want to see everyone working together.”

He also said he isn’t opposed to seeking some expert advice from his wife when the need arises.

“I’m sure I will ask her to give me a hand when she can, but I also have a lot of help right here in the community itself,” he noted.

Carol Bernard, meanwhile, also commented on the unique nature of the situation she and her husband find themselves in.

“From what I gather it’s a first of its kind,” she said. “It’s amazing we will both be doing work in our communities. My advice to Jerry is to always be humble and to work with everybody fairly, to listen to his community members and to always do the right thing. I’m proud of him and the support he has received. I wish him the best as chief of English River First Nation.”

The new chief received 173 votes while the runner-up, McIntyre, had 77. Third was Alfred Dawatsare with 73 followed by Maurice Campbell with 39, Camilla Wolverine with 20 and Louis Wolverine with eight.

Meanwhile, the recent ERFN election also saw six candidates elected as councillors. Jenny Wolverine topped the list with 134 votes. Next was Randy McIntyre with 129 followed by Katrina Eaglechild with 127, Meagan Gar with 112, Irene Apesis with 109 and Sandra Wolverine, the only returning councillor, with 106.