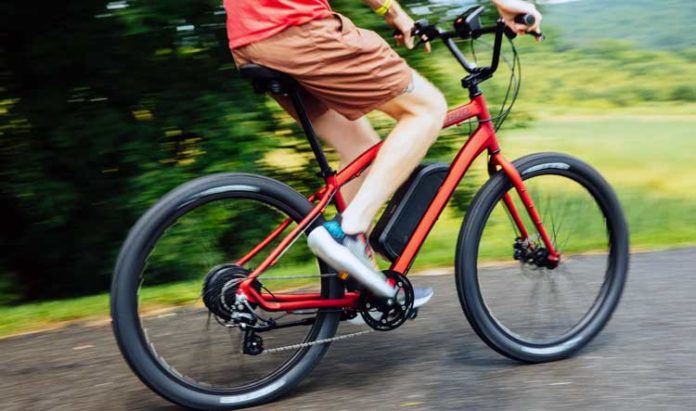 The jury is still out on how the City of Meadow Lake intends to address concerns about electric bicycles.

During the July 25 city council meeting, administration presented a timeline regarding the steps it plans to take to review and assess the situation. The review was prompted by concerns brought forward by councillor Clay DeBray back in May who said some residents are worried about the potential dangers e-bikes and e-scooters can pose.

“I received six or seven phone calls in the last week or so regarding Lions Park and the safety of people walking on the path,” DeBray said during council’s May 9 meeting. “They seem to be very concerned about electric bikes, stating there are more and more people riding electric bikes on the path who are not slowing down and making the pedestrians pretty much jump off the path as the bikes go by. These e-bikes can go up to 30 km/h. Is there anything that can be done? One person even asked if a speed limit could be put in place.”

By Sept. 20, the city plans to develop a survey and proceed with public engagement on current issues, public awareness of regulations and so on, as well as review and analyze results.

By Sept. 30, the city will have obtained feedback from other stakeholders and jurisdictional bodies, and, by Oct. 15, provide a review and analysis of all engagement, feedback and research. The city will also identify options and recommendations for addressing issues, review options/recommendations for fairness, reasonableness and consistency and send these results off for legal analysis and review. By Nov. 14, a completed report will come back to council.

“I know there is not a ton of other places that have come up with rules on this yet,” remarked city manager Diana Burton during last week’s meeting. “The cross-jurisdictional scan and research may not provide us with very much information. They’re still doing trials in Saskatoon and Regina.”

Mayor Merlin Seymour, meanwhile, clarified what the city would be looking at is comparing e-bikes to riding regular bicycles.

“We have a bylaw that says you should be wearing your helmet when riding your bicycle on public property such as streets and sidewalks,” Seymour said.

Burton echoed this, reiterating administration will also be comparing the city to what other places are doing

“Whether or not they’re allowing them on walking paths and sidewalks,” she said.

As the city’s traffic bylaw currently states, no person shall operate a bicycle on a sidewalk and all people under the age of 14 shall be required to operate a bicycle with proper safety equipment. This includes an approved helmet being worn otherwise parents of said child will be held accountable.

“We also have to consider the difference between a power-assist unit and one that is fully electric – those are treated differently,” noted city clerk Ferne Hebig.

Seymour agreed, saying his primary concerns are enforcement as well as people’s safety.

“Has administration received any more complaints since the initial ones?” asked councillor Conrad Read. “I’m just curious if it’s been an ongoing problem.”

Hebig said she has not heard anything recently.

“I know the speed of some of these scooters is pretty up there,” Seymour reiterated. “I’m just looking out for everyone’s safety.”