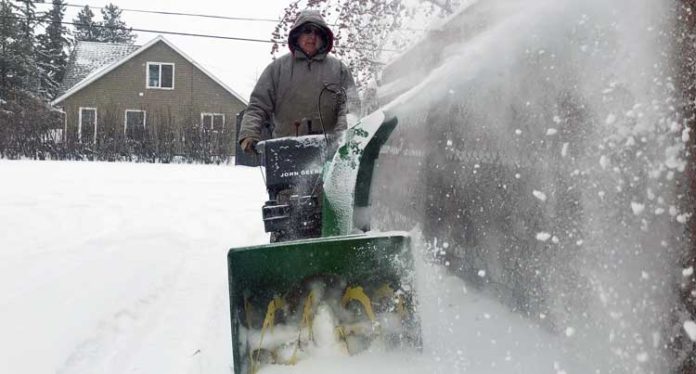 Some Meadow Lake residents will have their work – and a little extra – cut out for them this winter.

During the regular meeting of Meadow Lake city council held Oct. 11, the city’s snow removal bylaw was officially updated. Going forward, owners and occupants along a new ‘school zone collector route’ will be required to keep the sidewalks in front of their homes clear of ice and snow.

“In performing our annual snow removal review, we noted there was significant concern from the community where kids are walking on streets in winter,” noted city clerk Ferne Hebig in a recent letter to the aforementioned homeowners and occupants. “In some instances, there are no sidewalks to be cleared anyway and kids are walking on the street in all seasons, but, where there are sidewalks – especially in school zones – it is a major concern for the community. A change to the bylaw has now been proposed to require each property owner and occupant indicated in the new ‘Schedule B – School Zone Collector Roads’ to be responsible for clearing snow on the sidewalks adjacent to their property.”

The city anticipates soft enforcement of the bylaw for the upcoming snow season with warnings issued to first-time offenders before a first offence violation or order to remedy is issued.

Hebig, meanwhile, said – based on feedback received – most residents who live in these areas do believe it is a good idea to have the sidewalks cleared.

“However, many felt it is the city’s responsibility to either do the work or contract it out, and that this shouldn’t be placed on the residents,” Hebig said. “There were people who agreed it was needed and are pleased. There was also some confusion from people who thought they’d have to cross the street to shovel a sidewalk across the street and we did verify with them this is not the case. Owners/occupants only need to shovel the sidewalk if there is a sidewalk in front of (or adjacent to) their property.”

Hebig also said some people wondered why this is not being implemented city-wide instead of just for some areas.

“This is in fact being considered city-wide, but as it would be a much broader scope of undertaking, there will need to be additional internal and external engagement which we hope to do in time for potential changes next season,” she said.

According to mayor Merlin Seymour, the city’s priority as it concerns the bylaw update is student safety.

“It’s the safety of everyone,” he said.

Seymour did note, however, there are some residents who are physically unable to remove the snow. Councillor

Conrad Read agreed, adding some communities have programs in place where people volunteer to shovel driveways for others.

“In other places, if they have a snow angel program, it’s not run by a policy or bylaw, but rather by volunteers,” stated city manager Diana Burton said. “That’s not something proposed in this amendment, but it’s an opportunity where you could, outside of this policy, encourage people to help their neighbours.”