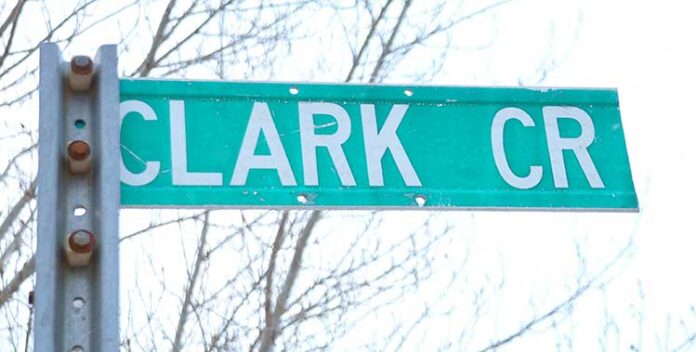 That’s why, during the Nov. 9 meeting of city council, the mayor encouraged his peers to make a decision that would allow new mobile homes to be moved into the city-owned trailer court at Clark Crescent and 7th Avenue West. Since the early 2000s, no new mobile homes have been permitted to occupy space in the local trailer court as a means of opening up potential green space for nearby Carpenter High School.

“That decision dates back to when Carpenter High School was built,” explained interim city manager Richard Levesque. “At the time, the high school needed additional green space to meet provincial requirements, so the town looked at decommissioning the trailer court over time and eventually turning it into green space for the school.”

The current CHS building was opened in 2001. However, since then, both Levesque and CHS principal Larry Waterman confirmed the school no longer needs the space as much as it once did.

“With the further development of the regional park (Lions Park), this doesn’t appear to be an issue any longer,” Levesque said.

Waterman agreed, but said the school would likely still accept more green space if it was offered.

“We do have access to Lions Park now and we make good use of that,” Waterman said. “This (trailer court) hasn’t been a pressing issue to us for some time, but we wouldn’t turn it away if it was presented to us.”

Meanwhile, during the recent council meeting, a new policy was approved outlining a series of standards mobile homes located in the trailer court are expected to adhere to.

“The struggle I have with the policy as written is it does not make sense,” Vidal told his fellow council members. “If we’re saying no one can move a new mobile home into the trailer court, why do we need these standards? I suggest this particular item be taken out of the policy.”

According to city clerk Jessica Walters, the first objective of the new policy is to consolidate assorted policies and resolutions passed by council into one location.

Mobile home owners will now be required to pay a rental rate of $120 per month starting in 2016 and $150 per month in 2017. And, beginning in the New Year, the city will transfer $125 per mobile home at the end of each year to its long-term care facility reserve account in lieu of the long-term care levy charged to other homeowners.

While he said he appreciates the amount of work city staff put into drafting the policy, Vidal still believes it would be in the city’s best interest not to prohibit new mobile homes from coming in.

“There has been much discussion about this over the years – it’s been an ongoing debate since long before my time, but I suggest we promote this trailer court as a great place to own your first home,” he said.

The mayor went on to say he understands there are ongoing concerns with regard to property upkeep, crime and other issues in the trailer court.

“But, I also understand these same concerns apply to other parts of the city,” he continued. “What I suggest is we put more action behind our existing bylaws and tackle these problems that way. What it boils down to is a need for affordable housing in Meadow Lake. There’s no other viable alternative to offer people and, if we aggressively deal with the issues, this can be a very good neighbourhood.”

“Not all of us can afford to buy these big houses and I am in no way ashamed of where I live,” Treptow said. “I keep my place tidy and clean and, while there are a number of people here who don’t take care of their places, that’s also true about some of the houses in this community.”

Treptow went on to say the city needs to crack down when it comes to enforcing bylaws – in the trailer court and throughout the rest of the city.

“It doesn’t matter if it’s here or on Centre Street – these bylaws need to be enforced,” she said.

While the policy, along with the rent increase, was approved, Vidal’s request was put on hold to allow council to put more thought into the issue before making a decision.