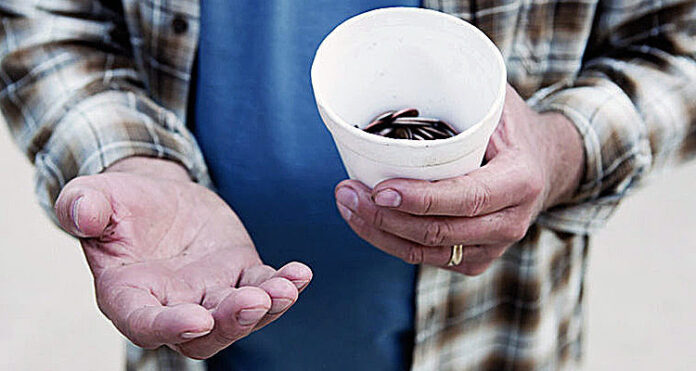 Loiterers and panhandlers are an ongoing concern for at least one business owner in downtown Meadow Lake.

During the regular meeting of Meadow Lake city council Monday (Sept. 24), a letter was received from Geoffrey Barton, owner of The Medicine Shoppe Pharmacy at 120-C Centre St., asking for the city-owned garbage structure currently located in front of his business be removed.

“Panhandling is becoming very problematic, and the garbage can has become a congregation place,” Barton wrote. “People regularly loiter in the path of my customers and others walking downtown carrying out their daily business. I have politely asked the individuals to move along on a number of occasions, however the concrete and steel structure have proved too alluring.”

City manager Diana Burton said administration will respond to Barton’s letter with one of their own.

“When it comes to our public spaces, we’ve been looking into what we can do for different bins for garbage and possibly for recycling as well,” Burton stated. “This would include the downtown area. I don’t want to make any promises there won’t be one in front of his (Barton’s) facility, but there’s a chance it could be designed in a way people won’t be able to sit on it. It’s something you guys (council) will likely be taking a look at during budget time.”

Burton also said the city struggles a lot with the comments it receives from the public when it comes to loitering in the downtown area.

“One of the issues we face is – if we give someone a ticket for loitering – any follow-up action is difficult when these people don’t have a permanent address,” she said. “You also can’t get blood from a stone, so we haven’t found an effective strategy that works for those people. Giving out more tickets is not one that works.”

Councillor Tom Harrison said changing the design of the garbage structure could discourage loiterers from frequenting that particular area.

“If that’s indeed what’s drawing them in,” he noted.

Burton said administration is looking for ideas to improve on what the city currently has in place, reiterating it would be a strategy they would look at for places like Lions Park and throughout the downtown core.

Councillor Glen Winkler, however, said he is concerned about the city creating an environment where people don’t want to be.

“If it’s too nice they’re going to loiter, so do we want to make it uncomfortable for people to be downtown?” he asked. “I understand the challenge we face here, but what if it’s a really attractive and nice place to be? That’s where they’re going to loiter. What’s the alternative going to be? Barbed wire and some upside-down forks to keep people away?”

Mayor Gary Vidal, meanwhile, said a more concrete decision in terms of what the city can do will likely come around Oct. 13 when the city holds its annual budget meeting.