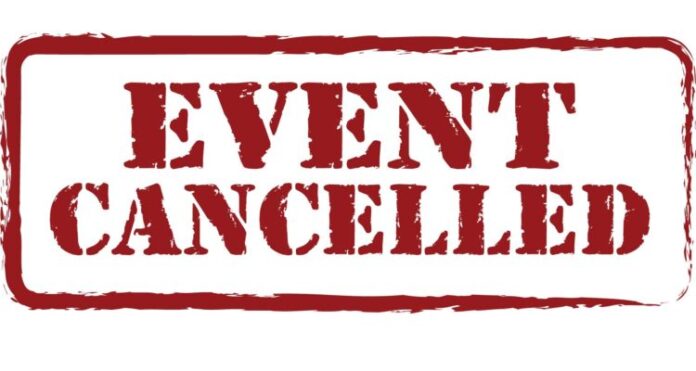 The sports community in Meadow Lake and area is taking a time out.

With the rising scare of COVID-19 overtaking the world and numerous professional sports bodies such as the National Hockey League, National Basketball Association and Major League Baseball cancelling their seasons, the Saskatchewan Hockey Association followed suit, effectively putting an end to the 2019-20 campaign earlier than expected and cancelling playoff opportunities for at least two local teams.

“It was hard to tell the kids on my Bantam team – after what was thought to be a good chance to win a championship – it was all over,” noted Bantam Stampeders coach Darren Caron. “We were up one game in the second round of playoffs after coming off of a 19-1 regular season.”

Caron went on to say it was obvious in the faces of the young athletes how it felt to not be rewarded for everything they’d worked for all season long.

“So many of them came such a long way this year, so many of them were finally acceptant to their role on the team and so many had just made sense of all the gibberish I lectured all winter long,” he said. “I’ll admit my lip twitched a little and I held back some tears because I knew how bad they wanted it and I knew how bad I wanted to help them achieve it. They are all champions in my eyes, but it’s not the same to win by default… I hope this (coronavirus) blows over faster than it showed up.”

Also affected by the cancellation of the season is the Meadow Lake Atom Wild which made it to STEP League finals this year but never had a chance to start the series.

“It’s been tough on the kids because they worked hard all year to achieve something and now it’s been taken away so quickly,” Atom Wild coach and Meadow Lake Minor Hockey president Jace Andersen explained. “Of course the kids were a little upset, but it’s one of those things that’s uncontrollable. It’s not just happening here, it’s happening all across Canada. There are provincial titles out there no one has won, once in a lifetime opportunities for a lot of teams and players which will now never be realized.”

Meanwhile, hockey isn’t the only local sport to be cut short or placed on temporary hiatus because of COVID-19.

“We are discontinuing the skating season and following the pattern of most organized sports,” the skating cub’s social media account notes. “The Meadow Lake Skating Club wishes to thank our members for a successful season. We invite parents of skaters to join us at our AGM which will be scheduled as soon as reasonably practical. Once again, thank you to our skaters, parents, fans, volunteers and the businesses who supported our regional competition. We had an impressive season despite being shut down early.”

Summer sports are also feeling the wrath of COVID-19. Meadow Lake Youth Soccer is converting its registration to a strictly online format, while Meadow Lake Minor Baseball’s annual registration night – which was scheduled for Monday night (March 16) at the Meadow Lake and District Arena – has been postponed to a date yet to be determined.

“Due to the recent COVID-19 pandemic, the Saskatchewan Soccer Association (SSA) advised us against holding a registration night,” stated Raelynn Gilroyed, Meadow Lake Youth Soccer executive director via social media. “So, instead, registration will be a through a link online called RAMP… This was going to be implemented next year anyway due to SSA standards. Everything is going digital.”

“In light of the virus, we decided it is prudent to postpone at this point,” he said.