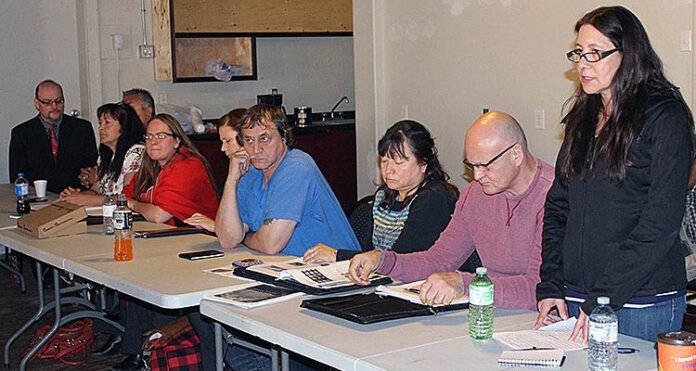 The potential for change is strong for the Métis Nation – Saskatchewan and its citizens, as evidenced by an election forum held recently in Meadow Lake.

Regional representative candidates were also given three minutes to present their campaign to the audience and Wally Chatelaine and Loretta Maria King were there to do so. Michael Edward Bell – who was elected area representative in 2012 – did not attend. Chatelaine was given the opportunity to speak first.

He was born and raised in Meadow Lake and became involved in Métis politics in the 1970s. Chatelaine said, he wants to bring transparency and accountability to the nation and to not allow any personal groups get in the way of that. He also wants to fight for unity because he believes division has occurred within the executive council for too long.

“That’s what’s killing the nation and the nation doesn’t mean too much now,” he stated. “One thing I would like to do is begin a judicial panel, so we don’t have to run to lawyers and spend thousands of dollars. A judicial panel would fit right in and it can be handled by our own people.”

Chatelaine went on to say he would be a good spokesperson for the area, noting he’d like to find more money for young people to attend university or college. He said citizens have contacted him about post-secondary education and the lack of funding available. Chatelaine would also like to work to restore hunting, harvesting and fishing rights.

Meanwhile, King began her speech by recognizing the work of her relatives such as her grandfathers, Rod Bishop and Edward King, and grandmother, Rose Richardson. She said, those people have all worked to advance Métis rights and she’s motivated and strongly influenced by them.

“I am proud to be Métis, and as Métis, we have to march to the beat of our own drum,” she explained. “If elected, I will promote unity among all Métis people.”

King added, striving for good relations and community building is also important, as well as improving the quality of life for Métis citizens. She would also like to see the MN-S begin a process where aboriginal rights can be discussed with the federal government as taking place in other province. Finally, King wants the Daniels case implemented for the provision of education, health and other assistance provided to First Nations.

Advance polls took place May 22, while the general election for the MN-S occurs May 27.